Build An iPhone App (Without Learning To Code) 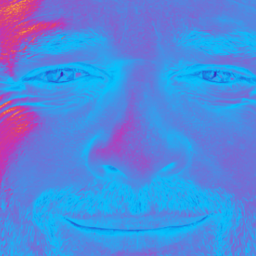 When I arrived in San Francisco, I brought my car with me. It was a lovely car and the first new car I had ever purchased.

(Side note: It’s a horrible idea to buy a new car. Buy used like these guys.)

My job at the time was located in Mountain View, about 40 miles south of San Francisco. There are two main roads that connect San Francisco and Mountain View, the US-101 and I-280. Both of them are miserable and clogged with traffic during both the morning and evening rush hours.

Lucky for me, there’s a train that goes from San Francisco to Mountain View. It’s called Caltrain. It is horribly underfunded, but the trains work, they are mostly on time and they allowed me to bypass the daily driving commute from hell.

Six months after my return to San Francisco, I realized my car was sitting at the office most of the time (free parking!). I simply didn’t need it. For my occasional trips to Yosemite or Tahoe or wine country, it was easy enough to use a car sharing service like Getaround or a standard rental car company like Enterprise.

After some deliberation, I sold my car, paid off the remaining loan balance and had a few thousand dollars left. I didn’t want to invest it in the stock market at the time, but I wanted to do SOMETHING with it besides leaving it in my bank account.

So, I decided to build an iPhone app.

When I say “build an iPhone app,” what I mean is I hired people to do the engineering and design work to create the app. My participation in the building of the app was describing my vision for it, hiring the contractors and connecting the contractors so they could put the pieces together. Once that was done, I published the app in the App Store with my Apple developer account ($99 a year).

In 2010, iPhone apps were new and they were all the rage. If you knew how to build an iPhone app, the possibilities seemed endless and new apps were rewarded for their creativity. I saw app development as a thing I should learn, and what better way to learn than stumbling through the process of hiring and managing contractors?

The fun part about this was that my app was completed and finished before I ever owned an iPhone.

That’s right, I completed the entire process to build an iPhone app and I had never owned an iPhone. Crazy? Of course. Fun? You bet.

Why didn’t I own an iPhone if I saw such a bright future in iPhone apps? Well, that story has to do with AT&T and my past customer service experiences with them.

They screwed me back in the day (2002) and they were rude about it. I never forgot. It was some ridiculous situation with me going over my minutes (probably my fault, to be honest), but the way the arrogant representatives on the phone talked to me was enough for me to put them on my blacklist.

They were joined on the blacklist by other miserable failures, like United Airlines, Bank of America and Comcast. Those companies will never, ever get any of my money again and I mention them frequently as I teach classes each year to hundreds of salespeople.

(The best part about my day job is that I screen hundreds of resumes every year for open positions with our company. Any resume that lists work experience at any of the blacklist companies is immediately discarded, regardless of how qualified the candidates may seem on paper. I teach all of the other managers in similar positions how to do the same thing. It’s the little things that make me happy.)

The AT&T bit only matters for this story because they had a monopoly for the first few years the iPhone was in existence. That’s right, the only way you could get service on your iPhone was with AT&T.

So, I waited until another phone provider option became available. I got an iPhone with a Verizon service contract the first day it became available, which was the day after my iPhone app went live in the App Store.

The Steps To Build An iPhone App

I posted the project on Elance (eventually merged with Odesk to become Upwork). Elance was a global marketplace that matched people with specific skills to those who needed those skills. People from around the world can “bid” on your job and you can see their portfolio, ask them questions and see reviews from previous customers before you hire them.

One of the best parts about the platform is that it’s completely free to post your job. There’s no obligation to hire anyone who bids on your job.

Jon’s note: The contractors can see how many jobs you’ve posted and awarded to other contractors and you get reviews after every job too, so don’t abuse it or you’ll be toast.

The platform even had a built-in escrow function, which protected both the customer and the vendor. After all the terms and deliverables were agreed upon, I made a payment and the payment was held by Elance escrow until both parties agreed that the work was complete and satisfactory.

The trick to hiring and managing contractors from a distance (especially in a field that is not your area of expertise) is to be as detailed as possible with your job description and requirements. The more details, the better. I knew that when I hired the engineers and I still had some minor issues at the end, which were completely my fault. (It’s also advisable to actually own an iPhone before you go and start building iPhone apps.)

Create a developer account with Apple. This is easy and basically requires you to give them your credit card information and agree to whatever they say. Save your credentials in safe place so you can send them to the developers when the app is ready. Everything you need to know about it is here.

Decide how you’re going to charge for the app. There are several different options, depending on your objectives. You could make it free, you could charge a little, you could charge a lot, you could run ads on the app or you could offer in-app purchases. There’s no right or wrong here, but you should be clear about your plan before you start building the app.

Have a clear answer to this question before you start building anything: “What is the primary objective of this app?”

Test the app on multiple devices. This should be part of the requirements you give to your developers, but you’ll want to check their work to see if anything looks goofy. It’s recommended to test new apps on the last few versions of iPhones and iPads, if possible. You may have to enlist the help of your friends for this one.

Through our Apple Developer program, you can test your app with TestFlight, which is very nice. I still like to have non-developers take a look at it and give me feedback as well.

“If you build it, they will come.” Hahahah. NOPE. You’ll need to plan for some marketing. The marketing of the app is perhaps more important than the quality of the app. If people can’t find it, you’re dead in the water. There are millions of apps in the store and it’s hard to stand out from the crowd.

I had some good luck hiring one of those plug-and-play PR firms for about $500. They got me some exposure in newspapers around the country, which was fun. I wouldn’t hire them again, but it worked for me.

Apple now offers ads for people who want to promote their apps. If that was an option in 2010, I would have jumped on it. The other places I would spend some money on ads are Google, Facebook and Twitter.

My app was priced at $0.99 and I maybe made $200 on it over the two years it was live in the store. I eventually took it down because I wasn’t interested in updating it with the new iOS requirements (which is an ongoing task with each update, by the way). All-in with marketing and everything, I invested about $2000 for this learning experience and now I know how to build an iPhone app.

Oh, I almost forgot. The app was a fun one. It was called the Cougar Scale. It presented a series of yes/no questions that enabled the user to see where on the scale they ranked (or where the ladies they are chatting-up ranked). If you want to build an iPhone app, you might as well have some fun with it, right?

The categories were Cub, Puma, Panther, Cougar and Sabre-Toothed Tiger. It was rigged to always display one of the youngest results (Cub, Puma and Panther) and rarely display Cougar or Sabre-Toothed Tiger. The Sabre-Toothed Tiger was reserved for someone who was clearly answering the questions the way a grandmother would answer them. It was equal parts offensive and hilarious. My friends and I had a great time with it as we were rampaging around the bars in San Francisco. #glorydays